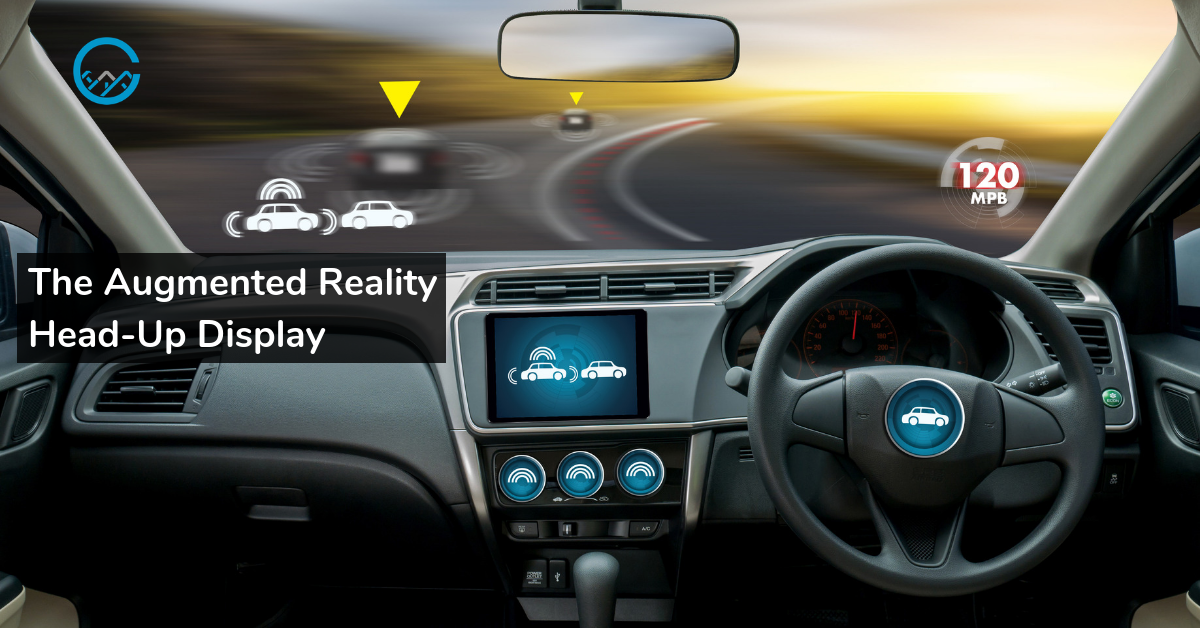 The use of Augmented Reality (AR) technology for enhancing the gaming graphics has already mesmerized the world, but the heads-up displays (HUDs) are the latest innovation to consider in the driver assistance systems.

What are car head-up displays (HUD)?

A HUD is a part of the latest advanced driver assistance systems projecting real-time data to enable drivers in staying focused on the roads for driver convenience and passenger safety. This data consists of warning signals, speed, and navigation displayed directly on the windshield in the driver’s line of sight. AR Technology enabled HUDs are the most awaited innovation by today’s car manufacturers. These displays make it even more convenient for driving safely.

The idea behind implementing Augmented Reality (AR) is to connect the digital information with the real world by showcasing real-time routes, speed limits, road signals, and warnings using data from cameras, maps, WIFI, sensors, and GPS. Besides this, the interface of HUDs highlight information such as fuel gauge, speed, engine status and a lot more by extracting the data from vehicle electronic control units (ECUs).

The market scenario of HUDs

If someone gives you a call, instead of looking down at your phone, vehicles with HUD technology can display the caller ID with an option of accepting or declining right up on the windshield. While you might assume that HUD technology would be available only in the top line of cars, there are a number of automakers that have adapted the heads-up display system.

Volvo has always been known for its safety feature and with the inclusion of HUD; their reputation has only strengthened with time.

The best part about having the heads-up display in a BMW 7 series is its ability to display in real time and full color – be it during a foggy atmosphere or other low visibility areas. BMW’s current-generation HUD comprises of lane-specific navigation along with an option of controlling the audio system through the HUD.

A real glimpse of this future arrives in the form of the new 2018 Lexus LS 500, in the luxury automaker’s flagship sedan. Lexus, in alignment to its reputation, has once again stunned the industry with the largest HUD of 24 inches wide, and as rightly described by its supplier, Denso, it is a true human-machine interface.

The heads-up display isn’t just useful for operational purpose or for solving crimes. But the ability of HUDs to fold basic information simultaneously, say braking points on race tracks, changing lanes or tracking pedestrians at night – these features are pretty compelling for enthusiastic drivers, and is certainly going to be a lot more different than today’s HUDs. Until then, the current systems from Lexus’s sleek animations to BMW’s audio control systems – go a terribly long way toward helping their drivers keep their eyes focused on driving in the first place.

Get in touch with us at CHRP-INDIA to know more about the exciting potential offered by Augmented Reality (AR) Solutions based Heads-up Display (HUD). We offer total AR/VR solutions for your specific business need.