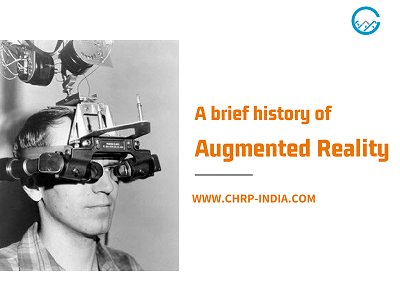 1901: L.Frank Baum, an author, first mentions the idea of an electronic display/spectacles that overlays data onto real life (in this case ‘people’), it is named a ‘character marker’.

1968: Ivan Sutherland invents the head-mounted display and positions it as a window into a virtual world.

1984: In the film The Terminator, the Terminator uses a heads-up display in several parts of the film. In one part, he accesses a diagram of the gear system of the truck he gets into towards the end of the film.

1999: The US Naval Research Laboratory engages on a decade-long research program called the Battlefield Augmented Reality System (BARS) to prototype some of the early wearable systems for dismounted soldier operating in an urban environment for situation awareness and training.

2009: ARToolkit was ported to Adobe Flash (FLARToolkit) by Saqoosha, bringing augmented reality to the web browser.

2016: Niantic released Pokémon Go for iOS and Android in July 2016. The game quickly became one of the most popular smartphone applications and in turn spikes the popularity of augmented reality games.

2017: Magic Leap announces the use of Digital Lightfield technology embedded into the Magic Leap One headset. The creators edition headset includes the glasses and a computing pack worn on your belt